The Arc Blog and Podcasts 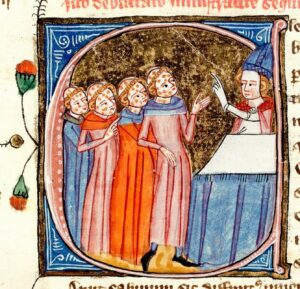 Figure 1: Image as it appears on Wikipedia, originally with the caption “Plague Victims Blessed by Priest”

In October 2012, Dr. Monica Green, Professor of History at Arizona State University posted an informative commentary on the medieval medicine listserv MEDMED-L to explore the dangers that arise when decontextualised (and cropped) medieval manuscript images circulate freely on the Internet and are used for retrospective (iconographic) diagnosis. Green focused in particular on this now iconic and ubiquitous representation of the Black Death taken from James le Palmer’s Omne bonum (British Library MS Royal 6 E. VI f.301, 1360-1375).

The image, however, is decidedly not about the plague; rather, it shows in the detail of an historiated initial ‘C'(lericus) clerics with leprosy receiving instruction from a bishop. While art historians have long known what this image portrays,[1] it was mislabeled as a plague image when the British Library’s digitization process removed it from its original textual context. It is not difficult to see how the mistake happened: the Black Death affected millions of people across Europe, caused visible physical symptoms, and coincided roughly with the production of the Omne bonum manuscript. By 2006, the Library made the image available for download on its website; after that, the mislabel appeared on virtually all further uses of the image, including on Wikipedia and a large number of other Internet sites, in popular and scientific publications, in exhibits, in lectures, and even in television documentaries. In short, the image became widely accepted as a representation of the “plague” because that was what its label said it was.

Using this image as an object lesson in how quickly and widely misinformation can spread in the digital age, Green, together with Kathleen Walker-Meikle and Wolfgang P. Müller, recently published a cautionary tale of how such misinterpretation comes about and what makes it so prevalent in ‘Diagnosis of a “Plague” Image: A Digital Cautionary Tale’ in The Medieval Globe. Importantly, Green and her colleagues published the complete text of the chapter that the image was meant to illustrate. There, it is very clearly stated that the topic of the chapter is how to decide what should be done when a cleric suffers a disabling condition that prevents full performance of his pastoral duties. Leprosy is the most frequently mentioned condition in the text, and the image reflects the contemporary iconographic convention of using spots to show leprosy. Plague is never mentioned at all, which makes sense because, as a quick killer, it was irrelevant in a discussion of chronic conditions. Published open access and widely circulated, the article has already generated considerable discussion, on both the Internet and elsewhere.

But what about all those many mislabeled copies of the Omne bonum image that are still found all across the Internet? Can the damage be undone? As we are finding out, it is indeed possible to put the genie back in the bottle – or perhaps more (or less) poetically, to get the toothpaste back into the tube – at least to some extent. “We,” in this context, refer to Green, Richard Nevell, a British PhD archaeology student and Wikipedian, and me, a Canadian PhD candidate in medieval and medical history. Together, we have taken on the at-times daunting task of tracing (and hopefully correcting) the spread of the mislabelled Omne bonum image through cyberspace.

My own involvement in this project began when I noticed that the October 2014 issue of BBC History Magazine included the Omne bonum image, complete with the erroneous labelling, in its response to a reader’s query about the microbiological causes of the plague. Using The Medieval Globe article as backup, I contacted the magazine’s editors to inform them about the error; a few weeks later the editor-in-chief responded and said that he would pass the information on to the magazine’s picture library (which, not coincidentally, had gotten the image from the British Library). Already by that time, Green had prepared an initial list of major websites and publications that were using the mislabelled image. She was also in touch with the British Library, requesting that it re-label the Omne bonum image correctly to correspond with its original meaning and that it announce The Medieval Globe article. Changes were made eventually to both the Catalogue of Illuminated Manuscripts (CIM) and the Library’s Images Online site by early December 2014. Green sent out a tweet on 3 December 2014 (@monicaMedHist) to further share information about the image’s misdiagnosis and the article that unveiled it, and used the tweet to update the MEDMED-L list about the image. After a reminder, the British Library (@BLMedieval) tweeted about the article on 15 January 2015.

Also at the same time, Green connected Richard and me. Richard, having seen an advance announcement about the forthcoming study in The Medieval Globe, had approached Green about the misuse of the “plague” image and was doing some investigative work into the details of its use on Wikipedia. As Richard explained to us, someone had uploaded the image to Wikimedia Commons on 22 August 2006, sourcing it from the British Library’s Images Online site, and then added it to the Wikipedia article on the Black Death using the caption “Monks, disfigured by the plague, being blessed by a priest. England, 1360-1375.” Although someone else removed the image on 1 December 2011, it was reposted nearly three weeks later with a slightly more detailed caption: “Plague victims being blessed, shown with symptoms from a late 14th century manuscript Omne bonum by James le Palmer.” Richard’s early research showed that the mislabeled Omne bonum image appeared in twenty-three different language Wikipedias on forty-four different pages, with another two uses on Wikibooks and Wikiquote. Given that some 500 million people visit Wikipedia every month, correcting this misdiagnosis would have the potential to have a significant impact; indeed, over the course of the previous year, the English Wikipedia’s page on the Black Death had 4.3 million views. Fortuitously, by 5 December, an anonymous editor had taken the initiative to remove the Omne bonum image from the English Wikipedia Black Death page and from all other pages on the English Wikipedia; s/he had also renamed the image file from “Plague victims blessed by priest” to “Leprosy victims taught by bishop” (the discussion forum behind those pages indicates that this was done in response to The Medieval Globe article).[2] Richard followed this up with some edits of his own and with a Wikipedia blog post on 16 January 2015 calling for volunteers to help edit the pages in other languages.

This left the broader Internet search. A reverse Google image search quickly showed that, as of 9 December 2014, there were possibly some five hundred sites using the Omne bonum image as if it were a plague image. A daunting prospect indeed. However, a quick scroll through the search results showed that many of those sites were sub-pages of a variety of answer.com, Tumblr, Pinterest, and Hubpages websites that we could reasonably ignore for now. Others included blog or media posts old enough that they were unlikely to be changed. To manage those sites that were good candidates for modification, I created an Excel spreadsheet (based on and including Dr. Green’s initial list) on which I recorded detailed information about the sites that appeared to be broadly appealing to a wide audience and/or to have academic purposes. This information included: page title, URL, general information (about the site itself), placement of image (on the site), exact caption used, source of image (if noted), contact information, date contacted, response, and verification (of any change made to the site). Finding the contact information for some of the sites proved to require a fair bit of online sleuthing. I then contacted the site owners/managers individually by email or through the website contact section to inform them about the mislabelled image. I invited them to change the caption or to remove the image and asked them to let me know, if they recalled, from where they had originally sourced the image (where that information did not explicitly exist on their site). I also provided them with a direct link to The Medieval Globe article.

So where do we stand now? Dr. Green’s initial tweet received at least twenty-five retweets, while the tweet from the British Library has been retweeted at least twenty-six times. The Wikipedia blog was retweeted several times, and was further circulated on Facebook. The Omne bonum image has been removed from twenty Wikipedia plague-related pages, and is now used instead in the English history of leprosy article (The Medieval Globe article is also used on that page as a source reference). The image remains on nineteen plague-related pages across fifteen different language Wikipedias, where work continues to remove them. Between 9 December 2014 and 25 January 2015, I sent emails to the identified contact person for fifty-two websites. Of these sites, twenty-seven (52%) had an obvious educational or academic purpose (being either clearly identified as school/curricula sites or specifically designed to provide information, such as publishing house sites), twenty (38%) were personal or group blogs (historical fiction writers, for example), three (6%) were media sites, and two (4%) were commercial stock photo sites. As of 11 February, I have received twenty-nine responses (56%). The majority of those responding (twenty-two or 76%) have removed the image or changed its caption; one of these, a commercial stock photo site, also took the initiative to notify its distributors of the updated caption. Several other responders indicated that they were leaving it as is, because they intend to use it as a “teachable moment on the use of medieval manuscripts and images” or because their site is no longer active. Wikipedia and the British Library were the sources of most of the images.

Thanks to numerous digitization projects, we now have access to medieval images in a way that has never been possible before. In contrast to texts, which require thought and interpretation, images seem to speak to us directly in an appealing way. Few people can read Latin, but everyone believes that they can understand an image, even one from seven hundred years ago. As the old adage says, “a picture is worth a thousand words.” The caution here, is that when we are too eager to simply copy and circulate images without considering their historical context, the thousand words that we read into them might not be the right ones. It may not seem important that the Omne bonum image reflects leprosy rather than the plague – one disease rather than the other. But someone created it, after all, to tell a specific story, and reading the wrong thousand words into it means that we miss the story he wanted to tell us, in this case about another frightful disease. Besides, the text of the Omne bonum chapter that Green and colleagues edited (and translated) is almost exactly one thousand words long; in this particular case, people have actually been given the one thousand words that they need to understand this image and it is worthwhile for them to read them. Why does it matter if some images are mislabelled? It reminds us of the critical importance of context in using historical artefacts, including images, to reconstruct – and understand – the past.

Issue 1 of The Medieval Globe: Pandemic Disease in the Medieval World: Rethinking the Black Death (2014) is now available for purchase.

Note: all images except for the first one are from http://www.bl.uk/catalogues/illuminatedmanuscripts/record.asp?MSID=7788&CollID=16&NStart=60506